In December 2019, the UK Prime Minister Boris Johnson announced a 6.2% increase in the National Living Wage (“the biggest cash increase ever”) and applies from 1st April 2020.

From April 2020, the new legal minimum rates are:

For employers that pay the real Living Wage**, the rates have been revised to:

** These alternative rates are calculated annually by the Resolution Foundation and overseen by the Living Wage Commission, based on the best available evidence about living standards in London and the UK.

The Chancellor also announced his plans to expand the reach of the National Living Wage to cover workers aged 23 and over from April 2021, and to those aged 21 and over within five years. This is expected to benefit around 4 million low paid workers. 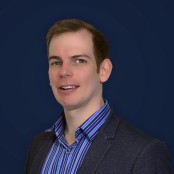